After Cabana, I joined Xentrix and continued coding and trying to improve. As far as I remember I did not code any intros for this group with the exception of the ones used in my Paranoid demo series. I really for the life of me cannot remember why this was.  Turns out i did code an Xentrix intro. 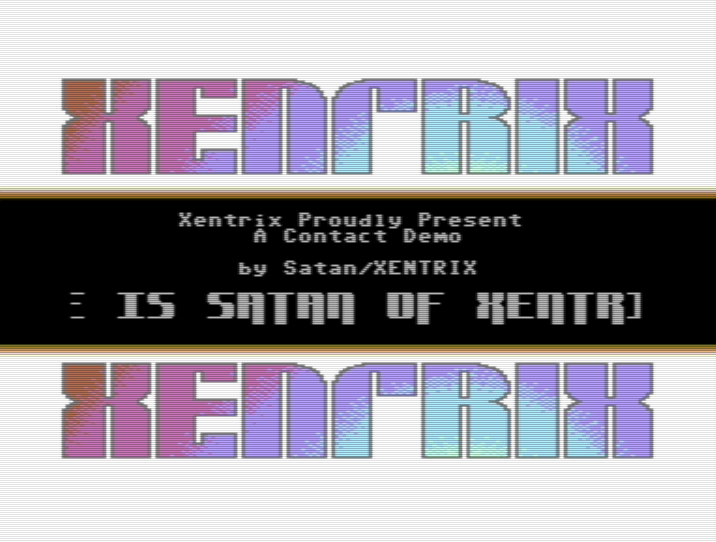 Not long after joining a lot of members left and I joined The Ancient Temple.  Where I set about coding a whole bunch of intros mainly for the UK members that had just joined as we had not been given the ‘members intro, gfx and music disks’ yet.

What I will do is just show screen grabs of the intros and if it sparks a memory about it I will add some text. 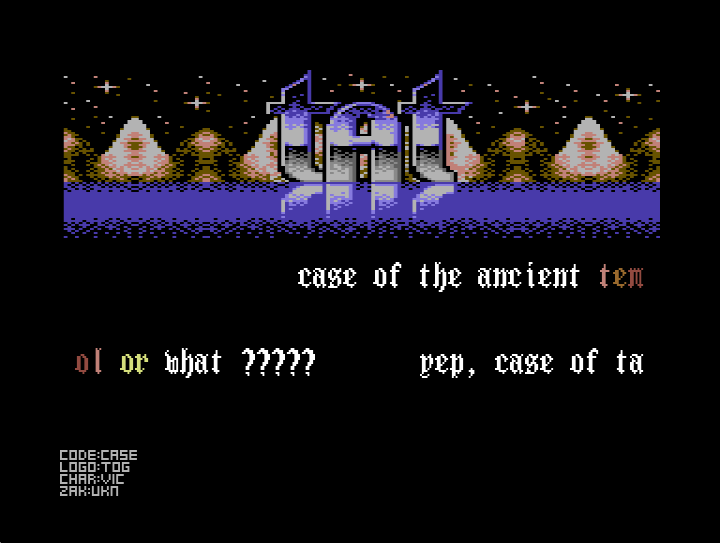 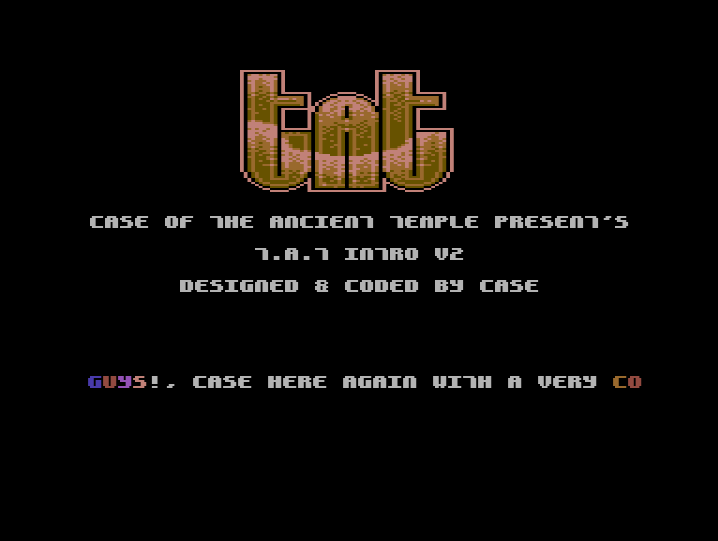 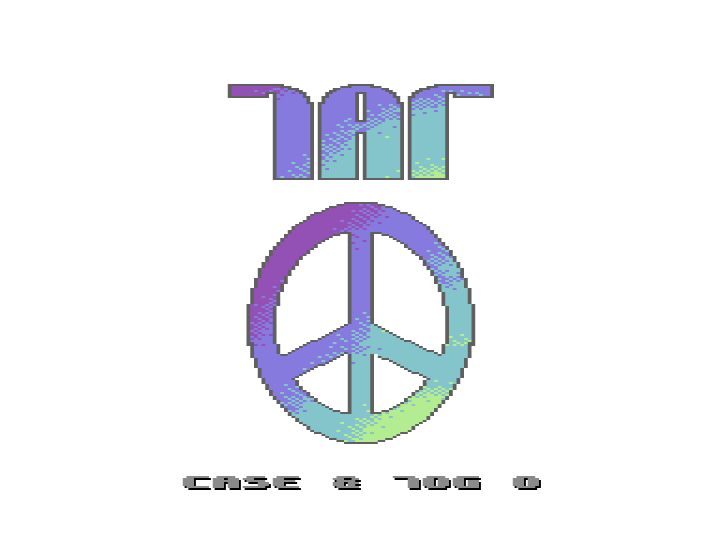 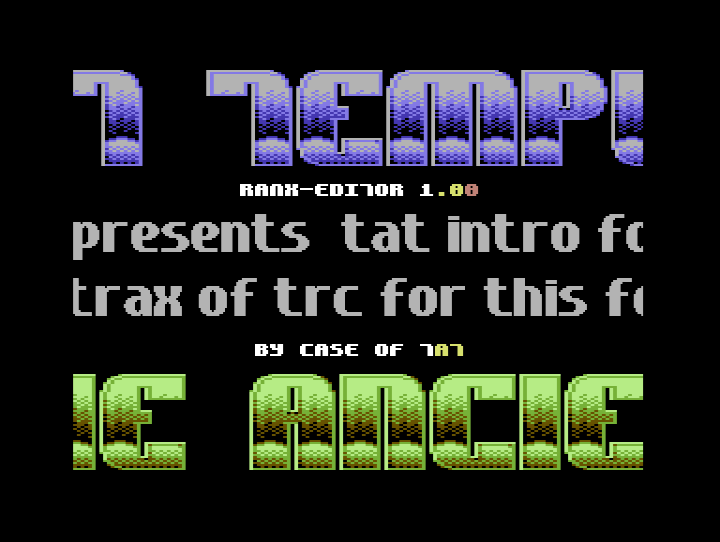 Intros 5 and 6 are essentially the same, the only difference was that number 5 used a 1×2 character set and 6 used a 1×1 character set. 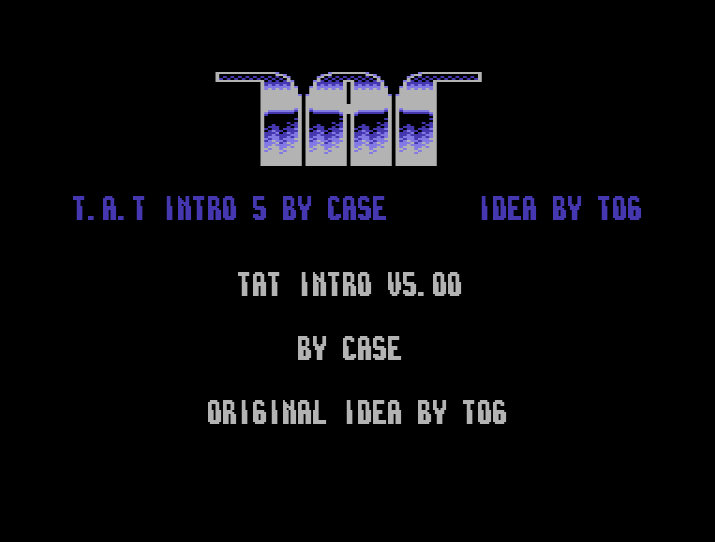 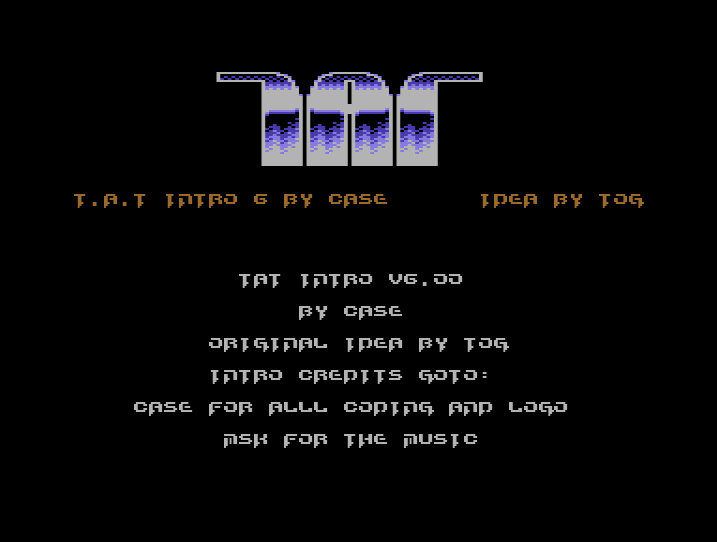 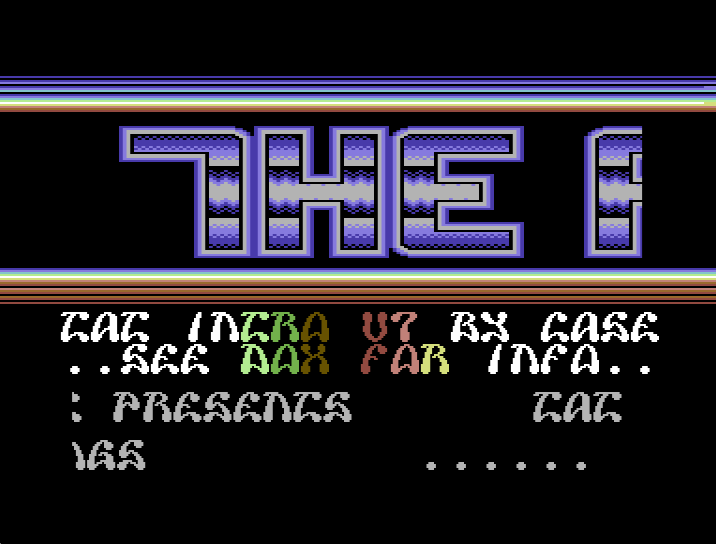 Intro 8 was coded as a tribute to an old RTI intro. 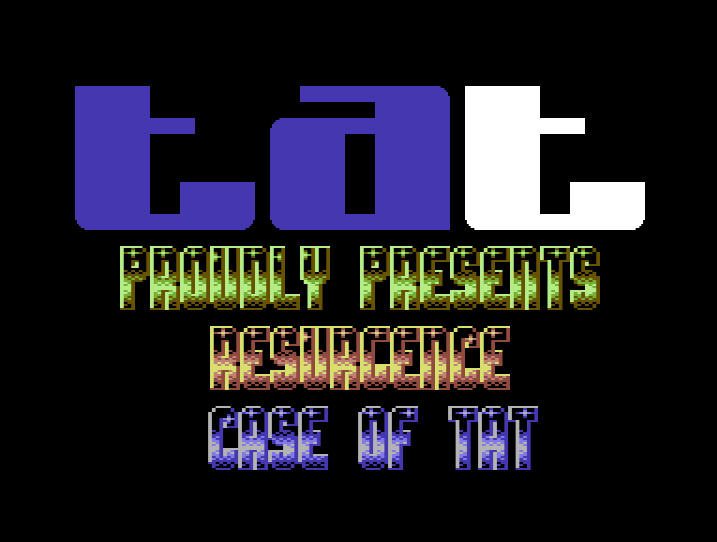 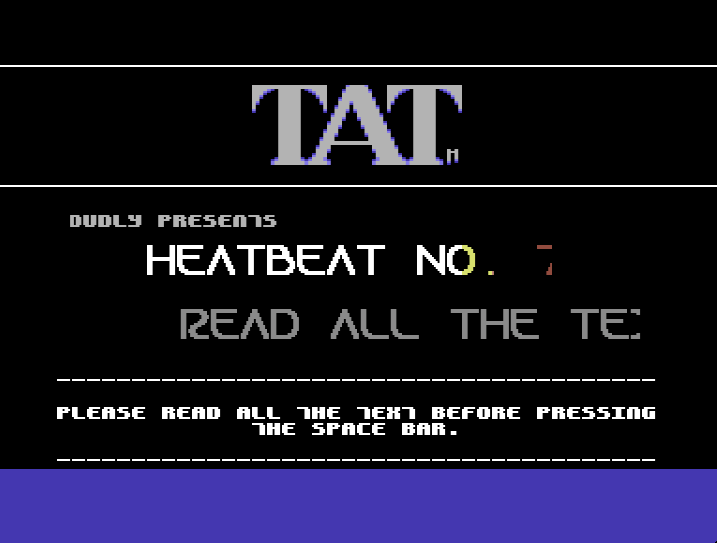 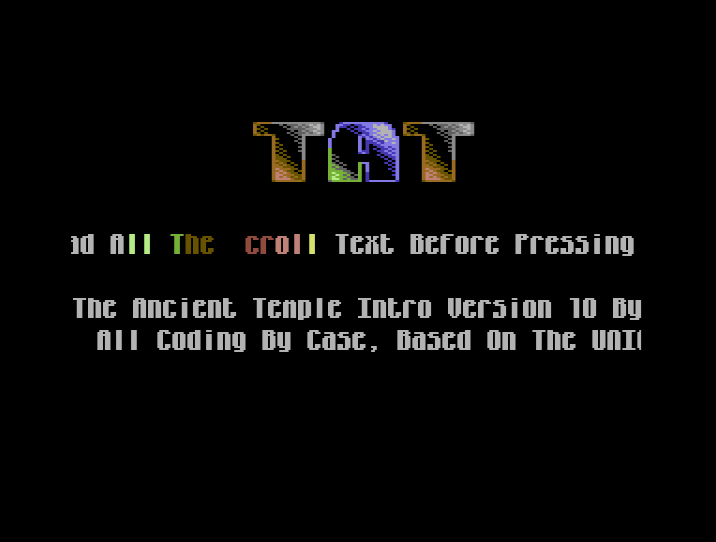 Intro 11 was and still is one of my personal favourite’s. 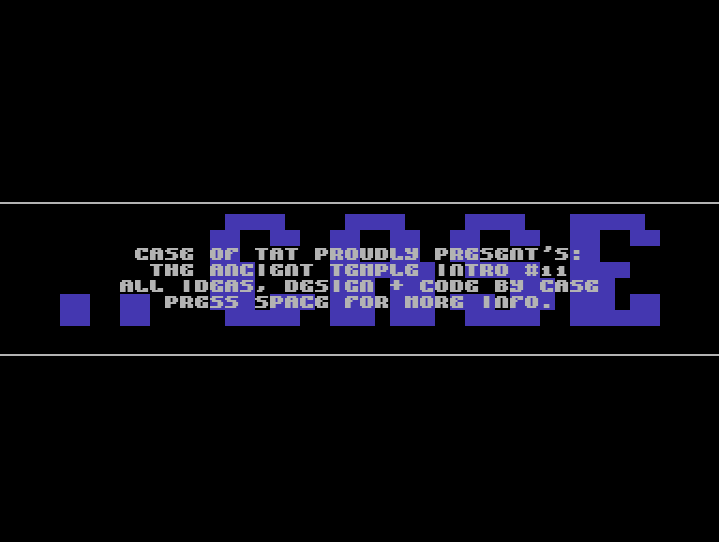 Intro 12 was basically a variation of my 1st Q-Noter, it was also one that did not have a scroller. 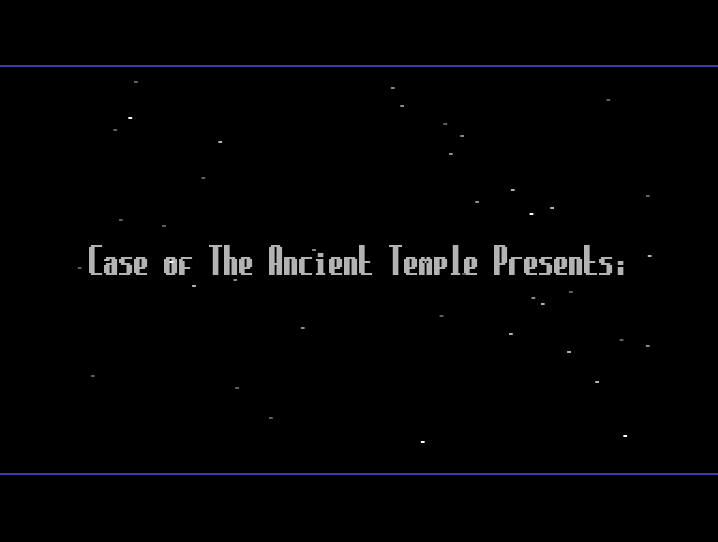 Intro 13 was a small PETSCII one made to be small and used only for cracked games. 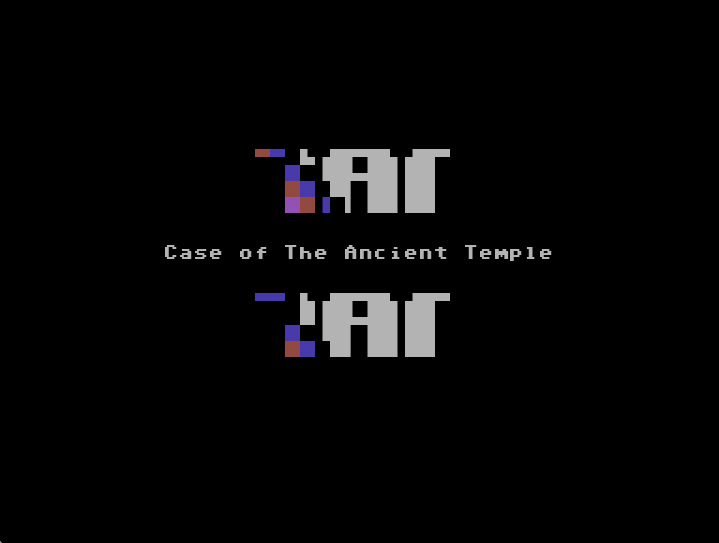 Intro 15 – my final TAT intro.  Another one of my favourite’s. 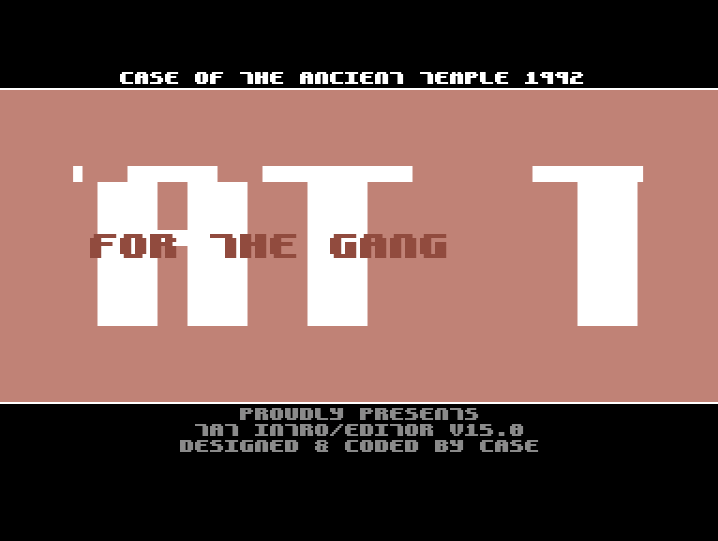